The killer is 【Lindy】

Lindy works at a nearby garage as a mechanic and part-time car washer, but her hands have exquisite manicure,which is not in line with common sense, so it is inferred that she is the thief.

🏆The first player to deduce all the clues was sharm1. 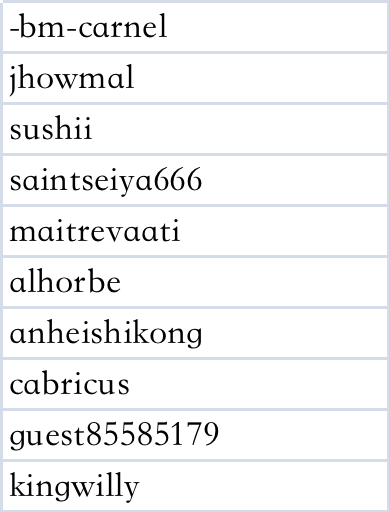 One night, the jewelry store on the first floor of this mall was ransacked. The staff came to check the nightly records of facial recognition and did not capture the mouths of the thieves, but found that three people all resembled the faces of the thieves, with a 95% similarity, even the hair style and height were the same.

The officer invited all three men over:

May, 25 years old, carrying a crossbody bag, wearing all the jewelry, shiny, is a working person, occupation is a beauty products research and development company staff, holidays often come to the shopping mall.

Han, 20 years old, carrying a school bag, with big flashy earrings, holding a milk tea in one hand and the latest cell phone in the other, is a college student, studying at a nearby university and often comes to the shopping mall.

Lindy, 27, carries a fanny pack, has an exquisite manicure, and works at a nearby garage as a mechanic and part-time car washer. She has been in and out of the mall more often in recent days, compared to being the least frequent mall shopper of the three.

The staff at the jewelry store all said they had seen these three people.

May once came to buy a necklace, but had a bit of a verbal argument with the staff, and finally left in anger without buying.

Han often came to shop, but only to look but not buy, very annoying.

Lindy often look at the ring, saying it is to get married, but has been bargaining, saying that she and her fiancé do not have so much money, came many times but did not Buy it.