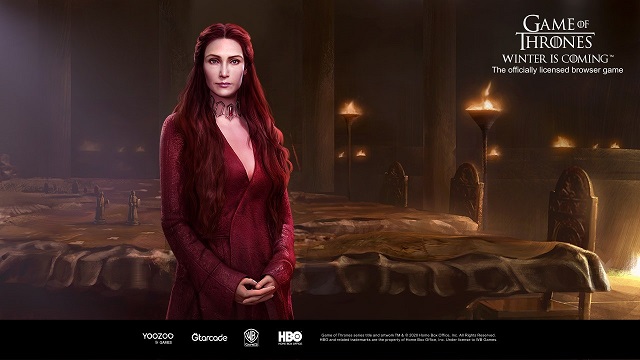 Tavern provides some of the best bonuses in this game. Unlock your commanders, find them what they need, and increase your friendship with them. Your best friends in this game will help you grow faster and to fight better.

You can find the tavern building on the right side of the sept of seven and next to the shelter in your city view. 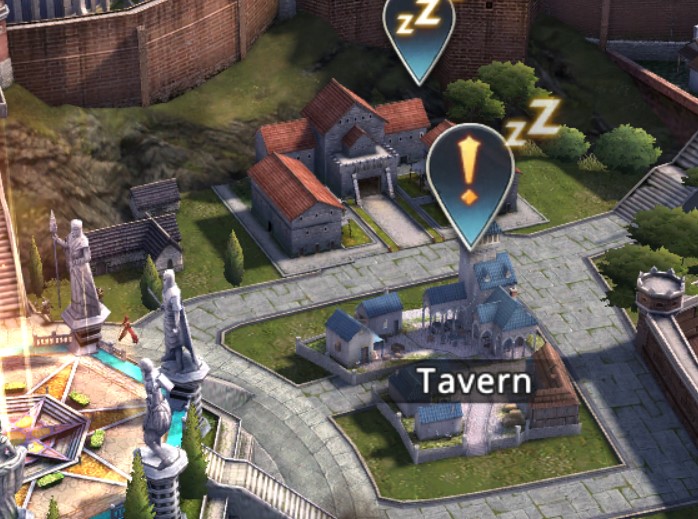 This building unlocks after you have at least 13 commanders. You can unlock more commanders by doing Weriwood stages. The building has 2 tabs, one that shows “Bonus Overview” and one named “Friendship”.

This is an active skill which provides a “Speed up” reserve that can be used for any speed ups (for building, researching, training troops, healing, rebuilding war and fortifications). Every 4 hours you will be able to claim the special speed up by using this skill. The speed ups show on any speed ups page and can be used at any time:

This speed up matters a lot for all players. Players who still have a lot of researches can use them for speeding them and others can use it for healing their troops.

For each point in Aptitude, you get 5 minutes’ speedups every 4 hours. You need to claim these speed ups at least every 12 hours, otherwise it will stop producing more.

This active skill will provide free troops every 4 hours. The troops are from the highest unlocked tier and a random type. For example, if you have T3 troops unlocked and no T4 troops unlocked, the rewards will be T3 troops. As soon as you unlock a T4 troop type from researches, this skill will start providing those as a reward.

With each 10 points in Command, you can earn 1 T4 troop for free every 4 hours. You will need to claim these troops every 12 hours, otherwise, it will stop producing more.

One of the most important Tavern bonuses is called “Combat Rate”. Only in PvP fights if Player A has a higher combat rate than player B, then Player A's attack, defense, and health will be increased by a value of 0.025 for each extra combat rate they have more than player B.

This means, for example, if Player A has a 2000 combat rate more than player B, then player A will have 50% total attack buff, 50% total defense buff, and 50% total health buff.

You can see players' combat rates on top of the battle reports under each player's name and next to their avatar.

The fifth and last Tavern bonus that is also a passive skill like combat rate is called leadership. With this skill, you can increase your army size. The more Army size you have, the more troops you can send out of your castle with each deployment. This bonus is very important for attacking other players. It’s also very important for players who wish to hide their army from an enemy attack.

Leadership also increases the rally size which is essential for rally leaders.

For each point in leadership, you get 30 army size and 100 rally size.

To increase tavern stats, you need to increase your friendship level with each commander. On the second tab in the Tavern building, you can see a list of all your unlocked commanders. Each commander is specialized in some of the 5 tavern bonuses (Aptitude, Finance, Command, Combat, Leadership) and not in all of them. In addition, some commanders are better in certain stats (have more stars in them). You can see a full list of tavern specializations of all commanders in this table:

(Credits to Adian Rivers for the table)

To increase commander friendship, you need to gift them items. You can find these items in “friendship chests” that can be found in different events such as alliance and elite trials.

There are 6 types of friendship gifts:

Friendship Tiers and Leveling up Optimum

Commander of certain quality level can’t go higher than a certain level in friendship. You can see the maximum friendship level for different quality of commanders:

By leveling up a commander for one level, you get an increase in tavern stats based on the quality of that commander with that stat. For example, if you increase your friendship with Chris for one level, you will get 3 points in Aptitude and 1 point in Command. It doesn’t matter if you’re increasing his friendship from level 1 to level 2 or from level 59 to 60. The increase will always be the same.

Commanders that are fully awakened to 2 stars and have their last 2-star awakening skill unlocked will have 1 extra star in every stat they were previously specialized in.

I hope you enjoyed reading this guide. Have a great time and stay safe!