[News]Siege of Winterfell Rules: Set up Your Plan in Advance!

The new event Siege of Winterfell is about to start!  In this head-to-head showdown between two alliances, your alliance will have a fierce competition with your opponent in a new battlefield using real-time strategy battle skills while occupying buildings and convoying resources to the required buildings to obtain more points. In the end, the alliance with the most points will be declared the winner and will receive awesome rewards. Read on to find the detailed rules about the event and prepare yourself for the upcoming war. Similar to Alliance Conquest, alliance officials can choose the different time slots to register the Siege of Winterfell. The top 50 alliances in unprotected kingdoms are qualified to participate in the event, and all participants will be assigned into 3 different leagues (namely Super League, A League, and B League) based on their battle rating. The registration period will last 24 hours, and there will be 30 minutes for you to enter the battlefield. 30 minutes before the match start, you will be able to teleport on a new map and your buffs and Lord bonuses will be copied in this match. Officials can purchase the healing speed up items in the Battle Shop before the match starts. Last but not least, no troop will die in this event.

1. Dragon is unavailable in the battleground.

2. Race boots are unavailable in the battleground.

4. “Rally” function is unavailable in the battleground.

5.*Please note that you need to change your Lord into one of those available commanders before entering the battleground, otherwise your Lord Bonus won't apply.

The Siege of Winterfell battleground has a similar event map yet completely different battle modes. Check out below the map, buildings and RTS battle mode to set up your strategy in advance.

Capture buildings on the battlefield to receive alliance points and individual points. Certain structures (Hot Spring/Armory) can also provide your alliance with buffs. • First capture of buildings on the map

• Keeping buildings occupied as they will provide points per minute Each Commander's Active Strategic Skill has a different effect, and its Rage consumed and the cooldown between successive casts differ as well. It is possible to use the skills of multiple Commanders' consecutively within the same second, so make sure you plan these skills well.

In this testing season, the available commanders are listed below>> *Please note that you need to change your Lord into one of those available commanders before entering the battleground, otherwise your Lord Bonus won't apply.

You can issue commands like attack, move, withdraw and garrison to change the movements of deployed armies at any time during the march.

1. Your armies can be selected and controlled by left-clicking them once on the world map or on their avatars in the sidebar. You can left-click on a selected army to navigate to the army's location.

3. After selecting your army, right-clicking an empty space deploys the army to move to that spot and clicking on enemy armies launches an attack on them. Garrison and Withdraw are also available from the command buttons in the bottom right of the screen.

4. When an enemy army is selected with a left-click, an attacker can launch directly by clicking on the Attack command button in the bottom right of the screen.

5. Left click your own or enemy armies on the World Map to view relevant information.

For real-time strategy battles, troops can march freely in Siege of Winterfell. You can change any troop's march command at any time.

1. Cavalry moves faster, while Infantry move slower. The overall movement speed of a troop is determined by the average speed of all soldiers. (Marching Speed: Cavalry > Infantry=Bowmen>Spearmen ;  T1>T2>T3>T4)

2. Troops' attacking status and range will change in real-time.

3. Defeated troops will be forced to retreat. While retreating, troops cannot be controlled, nor will they be affected by any environment. Different attack range, extra damage, AoE skill effects... How will you maximize your attack damage and minimize your loss? Check out the rules below.

1. When your army receives an attack command, it will march to the target and begin battling once the target is in range. (Attack Range: Bowmen> Spearmen > Cavalry = Infantry). For example, an army that consists of ALL BOWMEN has the widest attack range, while an army contains ANY CAVALRY or INFANTRY has the narrowest attack range. Pay close attention to the changes in the deployment panel when you select different types of soldiers.

2. An army can only attack a single target, but the AoE skill effects in battle apply to all enemies and allied armies in range.

4. An army can be attacked by multiple enemy armies at the same time. When the number of enemies’ deployment exceeds 2, your troops will get a debuff and receive extra damage (Pincer Attack). The more deployments attack you, the more debuffs and damage you will receive.

5. During the battle, you can change the command at any time. Armies will cease to attack when the attack command is cancelled or when the target is out of range. If armies on both sides cease to attack, the battle ends immediately.

You can use keyboard shortcuts to command your armies freely apart from using the mouse. Check out below and discover more to better suit your strategy.

When the countdown timer reaches zero, the alliance with the most points will be declared the winner and will receive awesome rewards. And individual players will be rewarded based on their individual performance. Besides the exclusive rewards for winners, all participants could use their points to exchange items in the Valor Shop, like Simon Medals and Awakening materials. The Siege of Winterfell event will be open soon. Alliance glory, personal honors, and epic battles await!  Are you well prepared to face enemies in the real-time PVP battles?

Preview of Siege of Winterfull>>https://forum.gtarcade.com/topic/1628

#Feedback WantedTell Us How You Feel about Update Nov.5th
619 discussions 8.1K views
2

[Feedback Wanted]Tell Us How You Feel about Update Oct.22nd
517 discussions 5.1K views
3 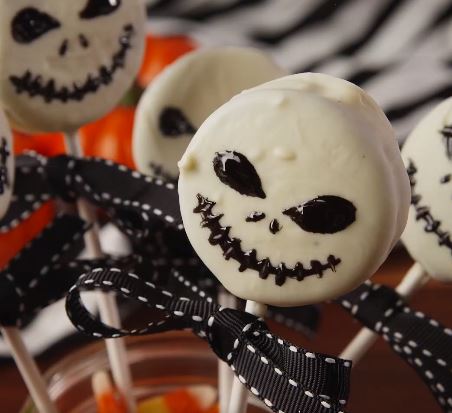