Option to change the player header

What if we could change the player header (the thing above VIP level in the left upper corner below the coins/topaz/diamonds) to any hero and their skins if the player has unlocked them? We have had the same female/male character for 4 years. I think it's the right time to update it. There was a way to bypass it by changing something in the folders but only the one who changed it could see it. Wouldn't it be great if others could see it as well?

The update would only affect the player header in X-Server League, Hero League, Friends settings, and the one above the VIP level (check the attached picture that I put the effort into creating). Nothing game-breaking. This shouldn't cause chaos.

The attached picture is what I'm suggesting. Just make the hero's head a bit bigger like the default one's. 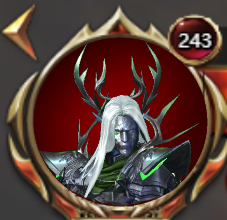