Siege of Winterfell BDR versus SPL

Hello trolls and peasants and welcome to yet another edition of Siege of Winterfell, season 8. Today's rendition will include a little match between BDR and SPL. Both of these alliances are super duper in Jabber's book and are capable of doing great things in the regular season and beyond. So without further a do let's get into the action.

BDR brings 79 players into the match while SPL brings an impressive 92 players! SPL has enough of a numerical advantage that they maybe able to use it to gain some leverage in the larger battles. Let's see if they are able to do something with these numbers against an historically rough and capable group of BDR.

SPL goes after both sides of the map, meaning they contested the Armory and the Hot Spring. After not being confronted by the BDR forces on the Hot Spring side the SPL warriors moved all the way down the map and took the locations up to the BDR hive location. BDR focused their forces in a fight at the Armory. 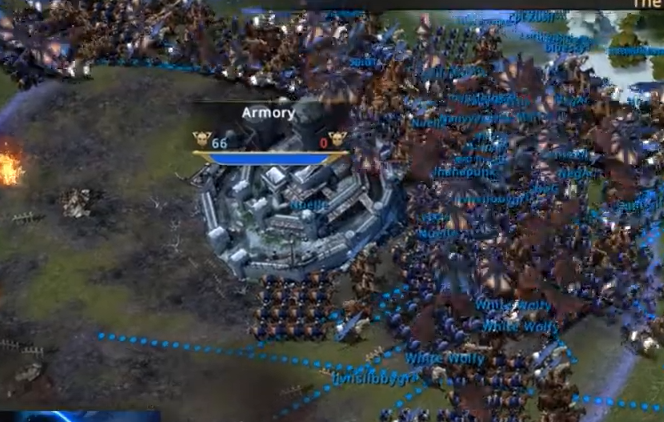 There are lots of BDR peoples at the Armory. After getting bored here they move their way on up the map into enemy territory in hope of capturing SPL locations. 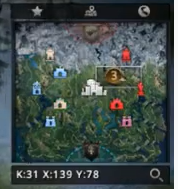 The fight has become split. Both alliances own one half of the map and there has yet to be any battle remotely close to decisive. That will have to change soon.

SPL is doing a better job at running around the map, avoiding fights yet capturing locations. The Winterfell package will drop soon and maybe there will be a decisive battle there.

BDR is able to deliver the package to base 4 and close the gap in points. There is now a massive battle raging at base 4 and this one may decide the outcome of the rest of the match. SPL is winning this battle at Base 4 and pushing back BDR armies. Even though this location is closer to the BDR hive than the SPL side it isn't helping BDR much if any. Reinforcements are not arriving fast enough to make a difference. SPL repels the BDR team and begins to expel BDR forces off the other locations. Soon the BDR forces are stuck at their hive location because SPL has a perimeter around it and do not allow anything to leave. SPL dominates the match after securing base 4 and rake in tons of points.

It is always fun to watch different strategies unfold. Most of the matches are exactly the same thing. Both alliance line up and move down the line to fight at the Hot Springs and the Armory. After this the battles are smaller and one side gets pushed back to their hive and are stuck there because opponent has set up a perimeter. This match showed BDR trying out something different. That something different didn't result in a win but it was entertaining and I think worth the attempt. They can take the information and lessons learned from this match and apply it in the playoffs which I am sure they will make. Congratulations to SPL for the win and best of luck to both alliances in their future matches.

1
The high price that BDR is paying - ATD the enemy that never forgets.
42 discussions 160 views
2
The legend who lowered his head for his allies- The real story of ATD invading RUI
28 discussions 124 views
3
The Brave Bowman of Frost Faction
36 discussions 91 views