Exclusive Hall of the Golden Bird Coupon (7-day) that can help increase the enemy casualty rate and increase total attack, a Crest of Might Badge that helps with the total attack, Blessing Stones, Glory Raffle Tokens… Check out below the details about the rewards of the Glorious Battle. 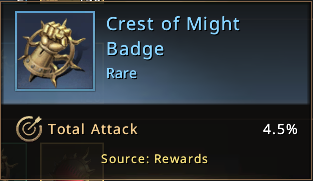 During the 28-day Glorious Battle, lords of the kingdoms that completed the target in World Progression can claim various rewards, including War Bugle, Glory Raffle Tokens, and items that can be used to declare war against cities on land belonging to the faction. 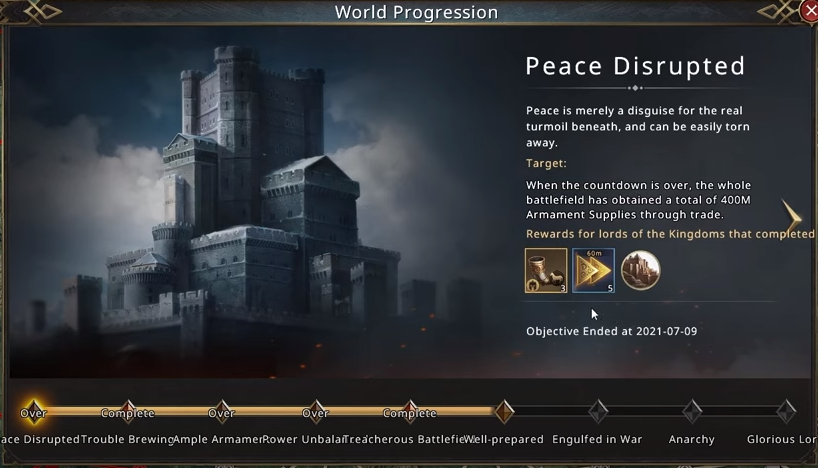 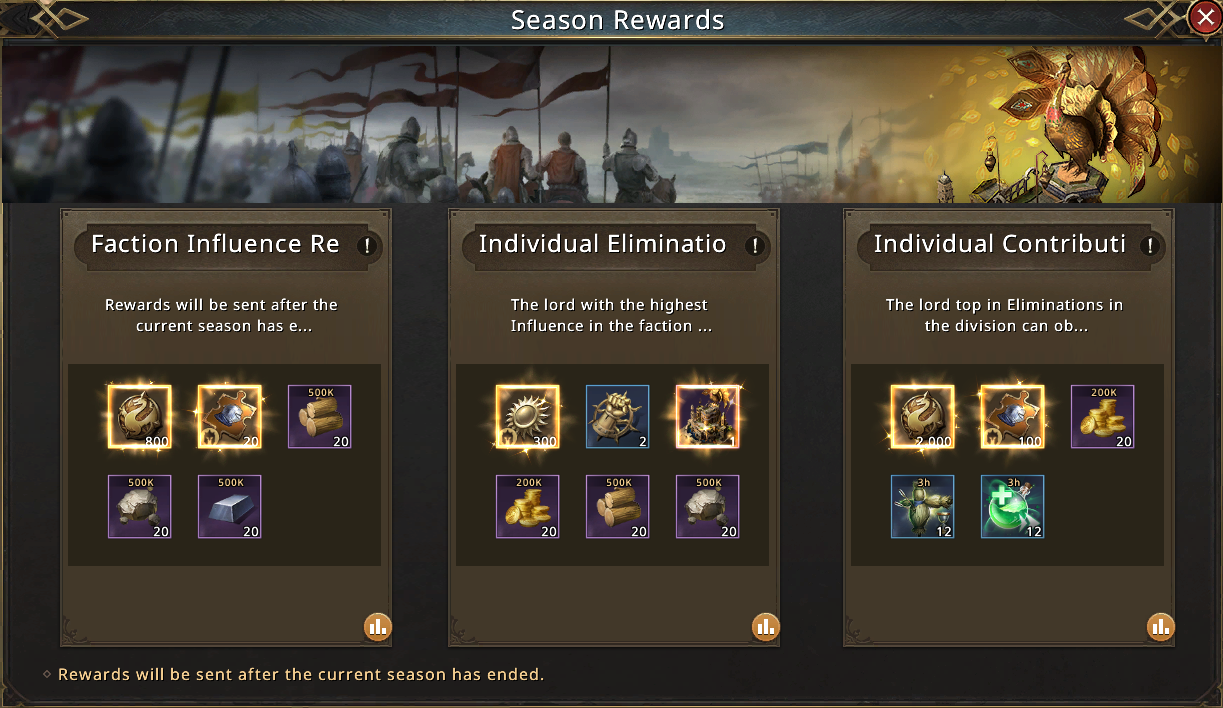 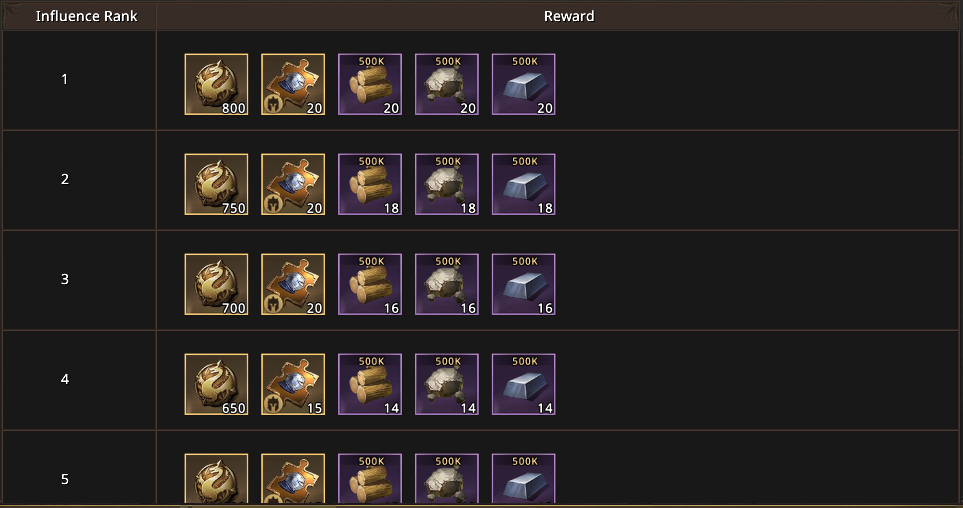 In addition, you can exchange the Battle Tokens and Bravery Tokens for different items in the Token Shop. 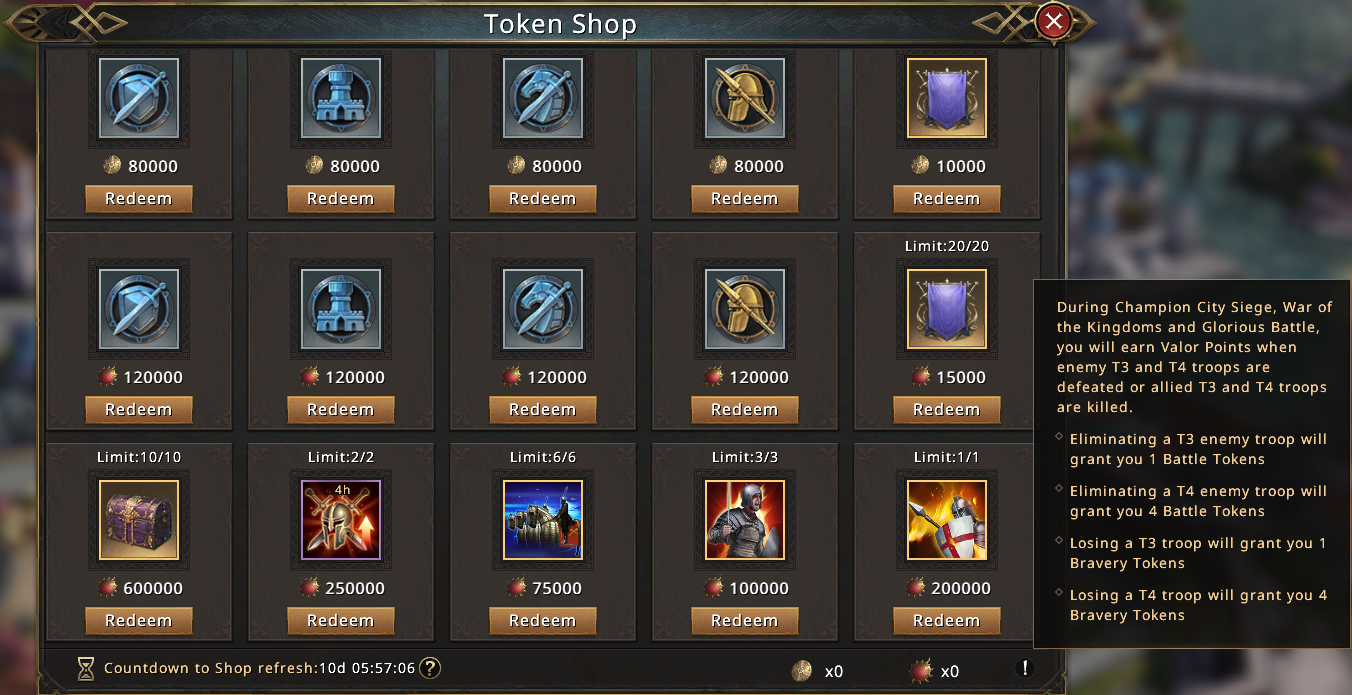 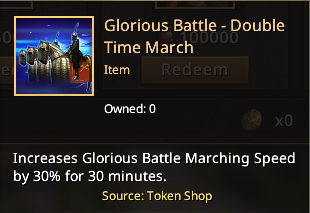 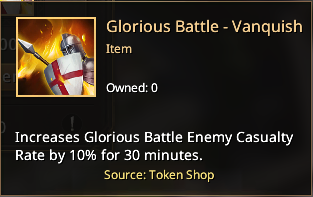 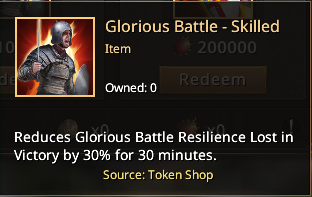 Please note that the above content might be adjusted due to changes in the development plan. The final update will be determined in-game.

You can check out the rules here>>https://forum.gtarcade.com/topic/6821

You can check out the chronicler video guide here>>https://www.youtube.com/watch?v=heJ17P_Un4E

You can check out the player guide here>>https://forum.gtarcade.com/topic/7476

You can check out the improvements here>>https://forum.gtarcade.com/topic/15377