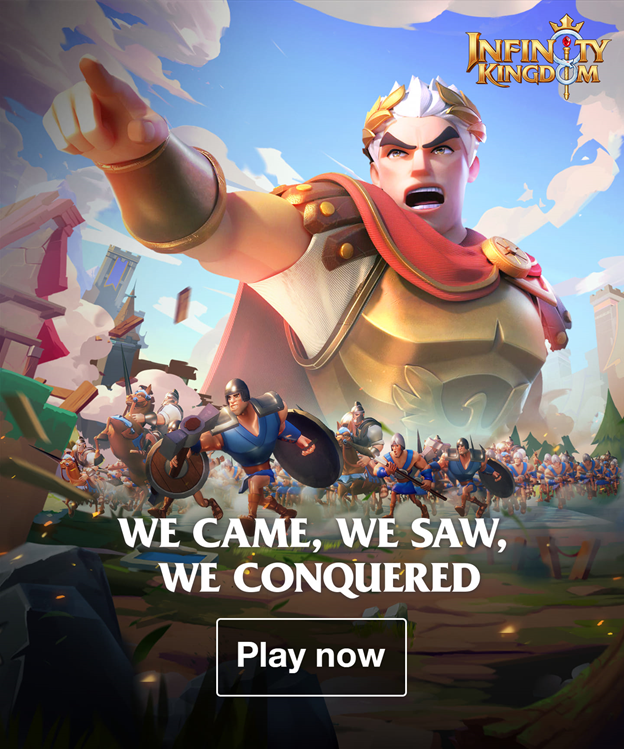 In 2021 the expectation for most games is that they'll release globally. But with a global release comes other requirements, how do you cater to an international audience? What do you do to make people from various regions and cultures feel welcome? We discuss that and more below, in our interview with Infinity Kingdom lead Daniel Yu.

The strategy genre is easily one of the most dynamic ones to come to mobile, with it almost fully reinventing itself every few years. One form which has spun off in almost entirely a new direction is the hero-led, online-multiplayer strategy game, games like Infinity Kingdom, State of Survival or Top War. Of the dozens of games out there that do this, they all stand out for their own reasons, but while many are grounded in total alternative fiction, Infinity Kingdom fills itself with a fusion of both history and myth.

Infinity Kingdom's Immortals - the hero characters that you assign to roles in order to boost attack, defence and more - are a mixture of historical characters and mythical characters. For Western audiences, we'll see the likes of Julius Caesar, or Bellisarius, while Eastern audiences might find themselves more familiar with Empress Wu Zhao or Emperor Qin Shin Huang.

We spoke with Daniel Yu, the producer of Infinity Kingdom, about the game, the Immortals, and the future of the game.

Firstly, can you give us a quick introduction to yourself?

Hello guys, my name is Daniel Yu, the producer of Infinity Kingdom. It is my pleasure to join this interview.

What can you tell us about Infinity Kingdom?

Infinity Kingdom is a castle-building strategy game. There are three Kingdoms on Norheim, they are, Ruslan, Ydvia and Vitas; each Kingdom has unique characteristics. Our players will need to develop their own territories, defense the intruders called the gnomes in the game. And they will also face threats from lords from other kingdoms. 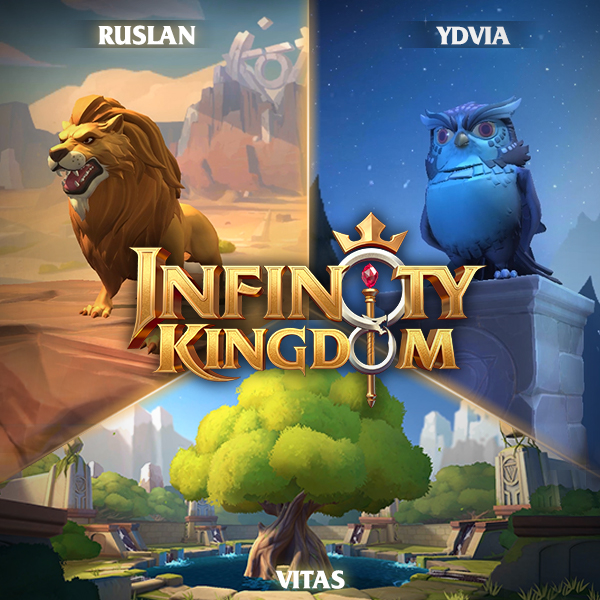 The players join the game when it is 3 years after the second gnomes’ invasion on Norheim. In addition to those colorful and rich gameplay, the world has a lot of stories waiting for the players to explore. They will be able to find answers to questions like why people can use Alchemy, why the gnomes set their base far away from the center of Norheim, why 3 kingdoms still have to fight with one another and why the World Heart is so important. Norheim is an attractive place, I wish our players will enjoy the battles as well as its history.

Our team has accumulated many years of experience in creating SLG products and has designed and created many innovative features. Before we started making Infinity Kingdom, we had this idea to share our experiences with global audiences so that they could meet a new kind of strategy game. That's how Infinity Kingdom was born. We incorporated a lot of historical characters, hoping that players from all regions of the world would be able to relate to them emotionally and that when these players come together in Infinity Kingdom, they can play, communicate and compete to inspire more cross-region communications and even create new gameplay for SLG games.

Can you give us some idea of the process involved in selecting the heroes and characters to elevate to Immortals status within the game?

I noticed that some of these are characters based in myth, like Merlin and Robin Hood, versus some which are heavily anchored in history - like Cleopatra and Julius Caesar.

I think these historical and legendary characters are spiritual and cultural symbols of different regions and civilizations. We hope that players from all regions can get to know about these characters and learn from the culture and history while collecting the Immortals. Therefore, when we were deciding on which characters to make in Infinity Kingdom, we studied tons of documents, tried several versions of sketch designs and consulted opinions of many, hoping to make the game fleshed out and well documented at the same time without losing the fun!

I remember reading back in 2019 that Yoozoo was hoping to bring a lot more of its titles to Western audiences; no doubt something eased by the acquisition of the Game of Thrones IP. How important was it to represent historical characters from different regions of the world - and have any alterations been made when marketing to different audiences?

The main reason why Infinity Kingdom included characters from different countries and regions is that, we hope to make it easier for global audience to resonate emotionally while playing it. We, as humans, always tend to trust and feel safer with things which we are familiar with, don't we? At the same time, we want Infinity Kingdom to become a platform where players can learn about history. The game will no longer be just for entertainment, but also provide the players useful knowledge. In addition, while the players merge and communicate in Infinity Kingdom, our team is learning more about user preferences and behaviors of international audiences, accumulating valuable experiences for our future products.

Can you reveal/tease some upcoming updates that we'll see coming to Infinity Kingdom in the near future?

We are developing new Immortals one after one; these Immortals will meet our players soon in the near future. For example, the heroes of Persia, Arash, Cyrus the Great, Atalanta from the ancient Greece, and the famous king of ancient Babylon, Hammurabi.

At the same time, cross-server war, Illusion Battlefield, and cross-server Arena and other special features are coming soon as well.

Besides, in the Illusion Battlefield, players will experience more intense battles with other Alliances from different servers and be able to peek into the plans of the mysterious figure, Hornheim, who has been hiding in the darkness throughout history of Norheim. 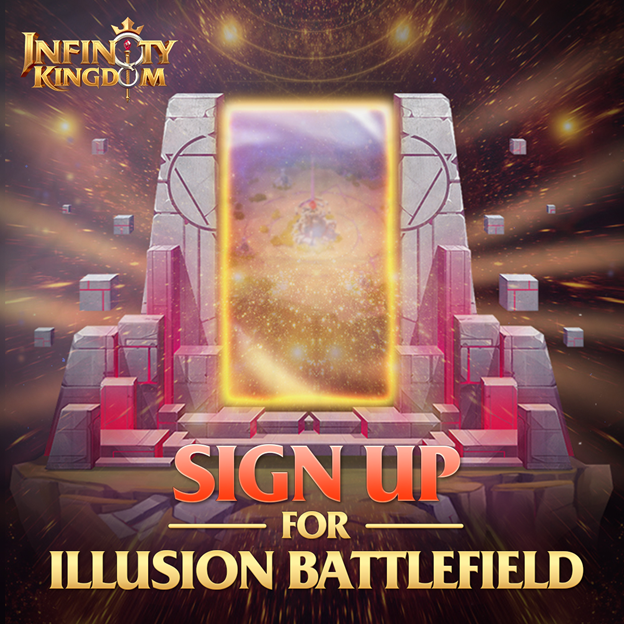