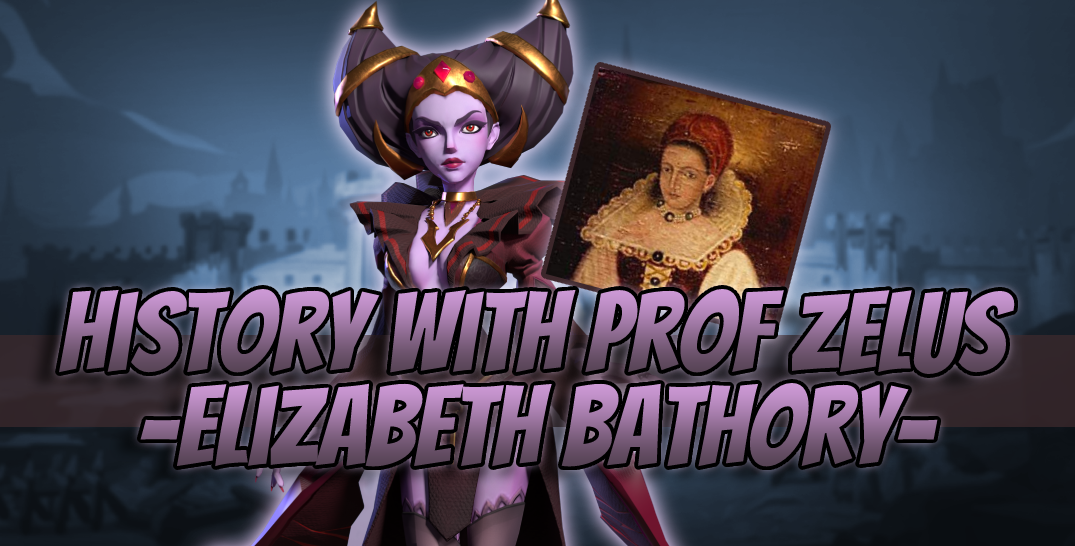 Welcome my students to today's class, I am Professor Zelus.﻿🙃﻿

In today's history lesson, we are going to look at a very interesting individual. The beautiful yet deadly Countess Elizabeth Bathory of Hungary.

So we will start with who is Elizabeth?

Elizabeth Bathory was a Hungarian noblewoman, born 7th August 1560. Her father was Baron George VI Báthory of the Ecsed branch of the family, brother of Andrew Bonaventura Báthory, who had been voivode of Transylvania, meaning he was the highest-ranking official in Transylvania. Her mother was Baroness Anna Báthory, daughter of Stephen Báthory of Somlyó, Stephen was also a voivode of Transylvania, who was of the Somlyó branch.

Through her mother, Elizabeth was the niece of the Hungarian noble Stephen Báthory. Stephen Bathory was the King of Poland, the Grand Duke of Lithuania of the Polish–Lithuanian Commonwealth, and Prince of Transylvania. Her older brother, Stephen Báthory (1555–1605), served as a Judge Royal of Hungary.

From her birth Elizabeth had instant access to wealth, rank and education not heard of to most around the time, she grew up and mastered Latin, Hungarian, German and Greek. Bathory, as privileged as she was, unfortunately, suffered greatly, as a child she experienced multiple seizures which may have been linked to Epilepsy. Treatments for Epilepsy in the Hungarian 16th century was to rub the blood of non-sufferers on the lips of the unfortunate.

From young it was rumoured she was witness to some harrowing punishments carried out by the officers of her family and was also taught the ways of witchcraft and even satanism, there is no hard evidence of this but many believe this is the why she grew up to be the woman she was, this leads me on to why Elizabeth Bathory is a big part in history.

Bathory was far from an innocent Countess living in her ivory tower but in fact, was a ruthless serial killer. Elizabeth was believed to have 80 victims but it is believed the number could be well towards 650. With the help of her 4 servants she would torture young girls and women in the dungeon of her castle, it is also said she bathed in the blood of her virgin victims to preserve youth in herself.

that is all for today's class, I hope you enjoyed this insight into Elizabeth Bathory, let me know who you would like to see next down below in the comments,