The North Goddesshood - Valkyrie is coming from 4 November to 7 November. Valkyrie is a defensive hero that resists debuffs. 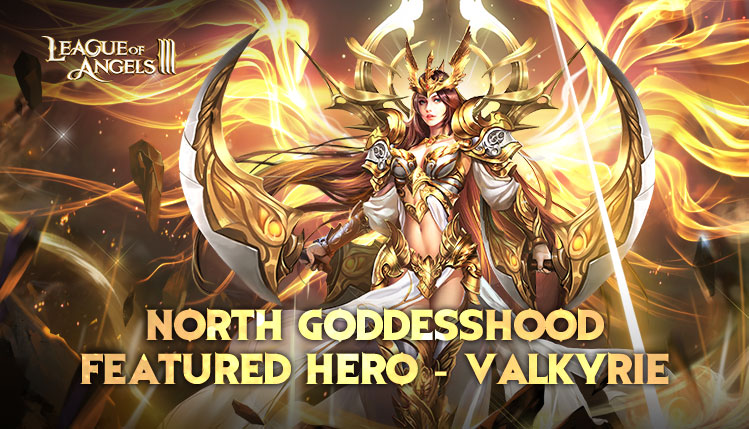 She is the far star that guards the north. There is immense power under her sweet appearance. Her golden uniform, her blade with the power of retribution and her Garuda-like enormous golden wings are all symbols of her nobility and goddesshood. Her mature and calm demeanor, coupled with her decisiveness, are exactly what she needs to punish destroyers from the abyss and protect Sapphire. 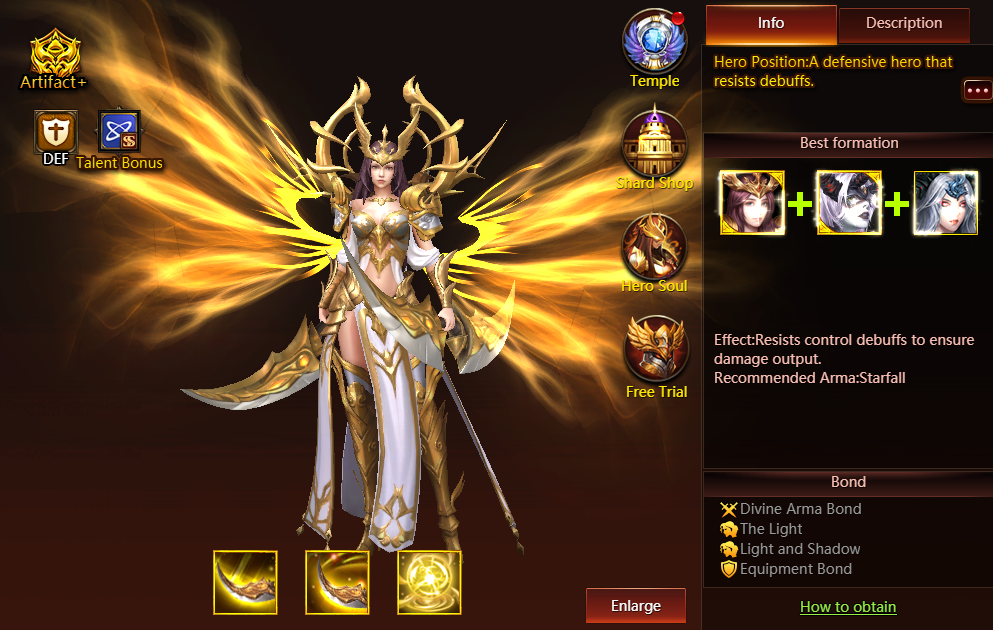 >Blade of Light: Attacks a back row enemy and deals damage, with a 30% chance to silence the enemy for 2rounds. Places a stack of Radiant Burn effect on the target, dealing damage equal to 15% of the target’s max HP and placing a 20% Vulnerable effect. 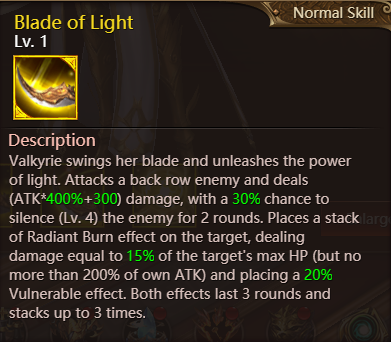 >Protection of Light: Grants a shield equal to 50% of her HP to herself and 3 allies with the lowest HP for 2 rounds. 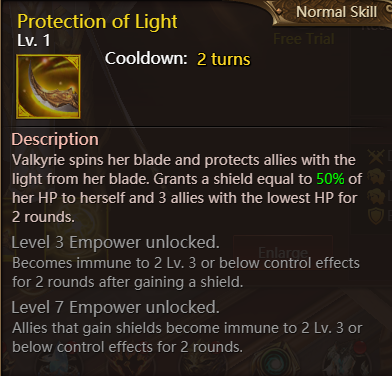 >Judgment of Light: Attacks all enemies and deals damage, with a 25% chance to silence the targets. If there are 5 or more enemies, then a random enemy is guaranteed to be silenced. Places a stack of Radiant Burn effect on the target, dealing damage equal to 15% of the target’s max HP and placing a 20% Vulnerable effect. Both effects last 3 rounds and stacks up to 3 times. Also reduces the Ddg Rate and ATK of the enemy with the highest ATK by 30% and 30% respectively for 2 rounds 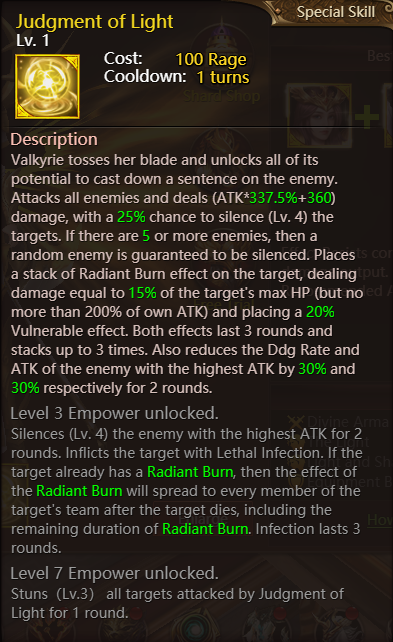 You can watch the video by clicking the link: https://youtu.be/xEtadhJD80E

1. There is one Theme Hero for each “Featured Hero” event. Players will have the chance to obtain the Hero Valkyrie shards during the event, as well as other heroes and their shards.

2. Players can draw 1 time FOR FREE every day. Draw times will reset at midnight every day.

3. Each draw will grant 10 points. The accumulated points can be used to open Points Chests which contain the Valkyrie Hero Shards.

4. First Drawing x1 using Diamonds each day will get half price off. 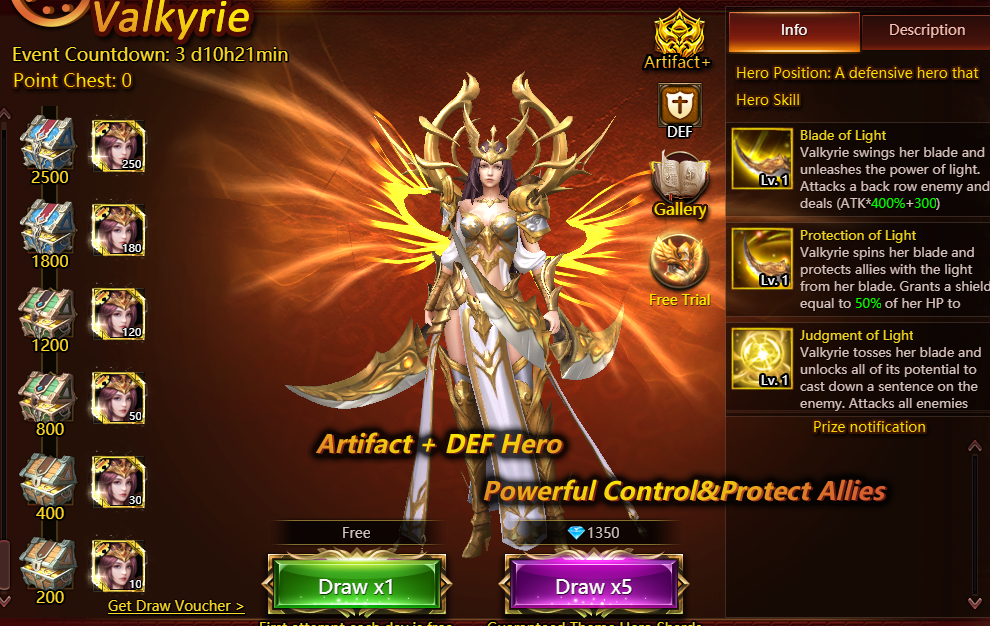 6. The points will be reset after each event.

Various Discount Packs are waiting for players, players have the chance to obtain these packs when they meet certain requirements!

Please note that the above content might be adjusted due to changes in the development plan. Final updates will be determined in-game. 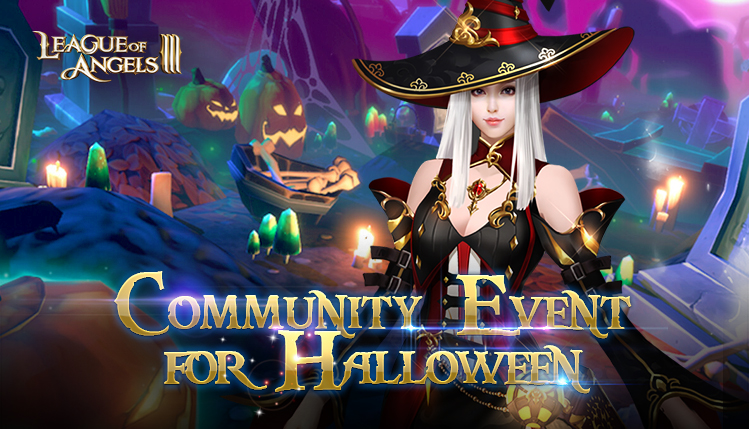