warring state not working consequences SICK OF THIS

This is so NOT FAIR at all. Not only they exploited and abused to gain points in Tycoon but also because of this sort of ''fix'' those of us who also had all the cultivation slots full were not able to claim and keep playing, while others were still playing gaining points , sure they were not able to claim chest either but they still were able to gain points therefore able to in the end of the event get better rewards, is that fair? NO IS NOT! I'n my particular case and pretty sure not the only, i can't claim the reward for ending the event, know why? easy, because of the rules of the event that states you need to cultivate 30 times in order to show as you were participating, which is idiotic, so since i didn't meet 30 cultivation BECAUSE i wasn't able to cultivate AT ALL in the entire day i can't get reward. Am i going to get my reward from support? Most likely no right? BECAUSE THEY DON'T CARE.

Better solution would have been CLOSE the warring states event for this week, compensate EVERYBODY with half of the rewards as if they were cultivating and that's it. No they decided to experiment or who knows what.

I'm not even going to fill a ticket because it's a joke, all they say is ''sorry you were having problems, we are improving things to make a better game experience, have a nice day'' AND COMPENSATION WHEN?!? NEVER, to ASK for MORE money ALL THE TIME they are more then welcome, TO GIVE IN RETURN a compensation FOR THEY MISTAKES, they are unable to speak out.

And do not try to defend them otherwise you are the same as them. 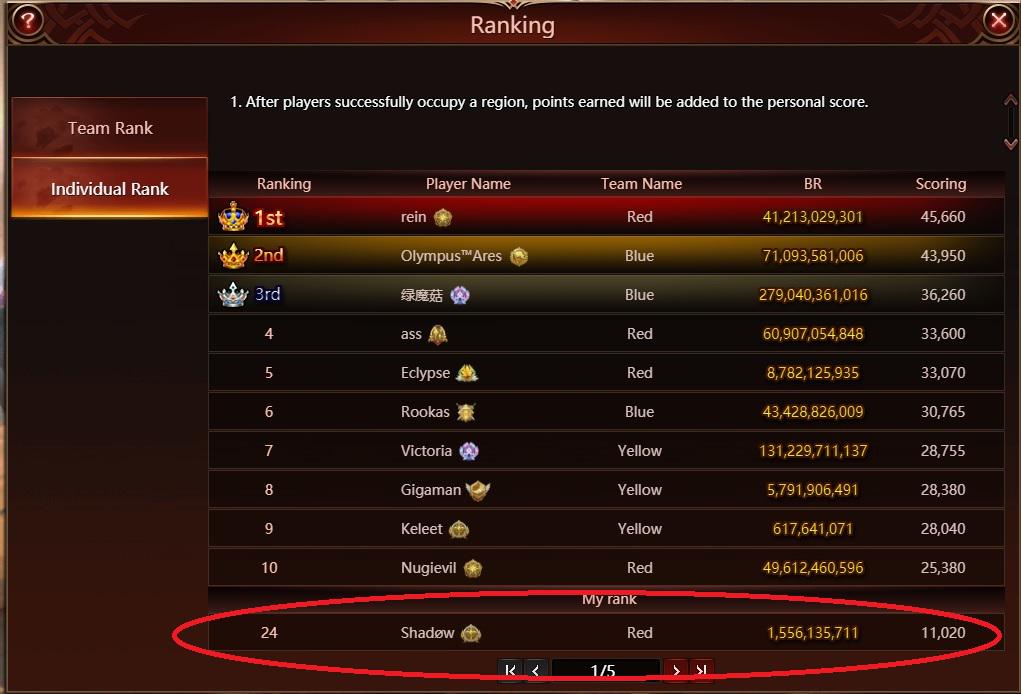 AS you can see it the image above I DID PARTICIPATE in the event, ranked 24 (not wow but still) 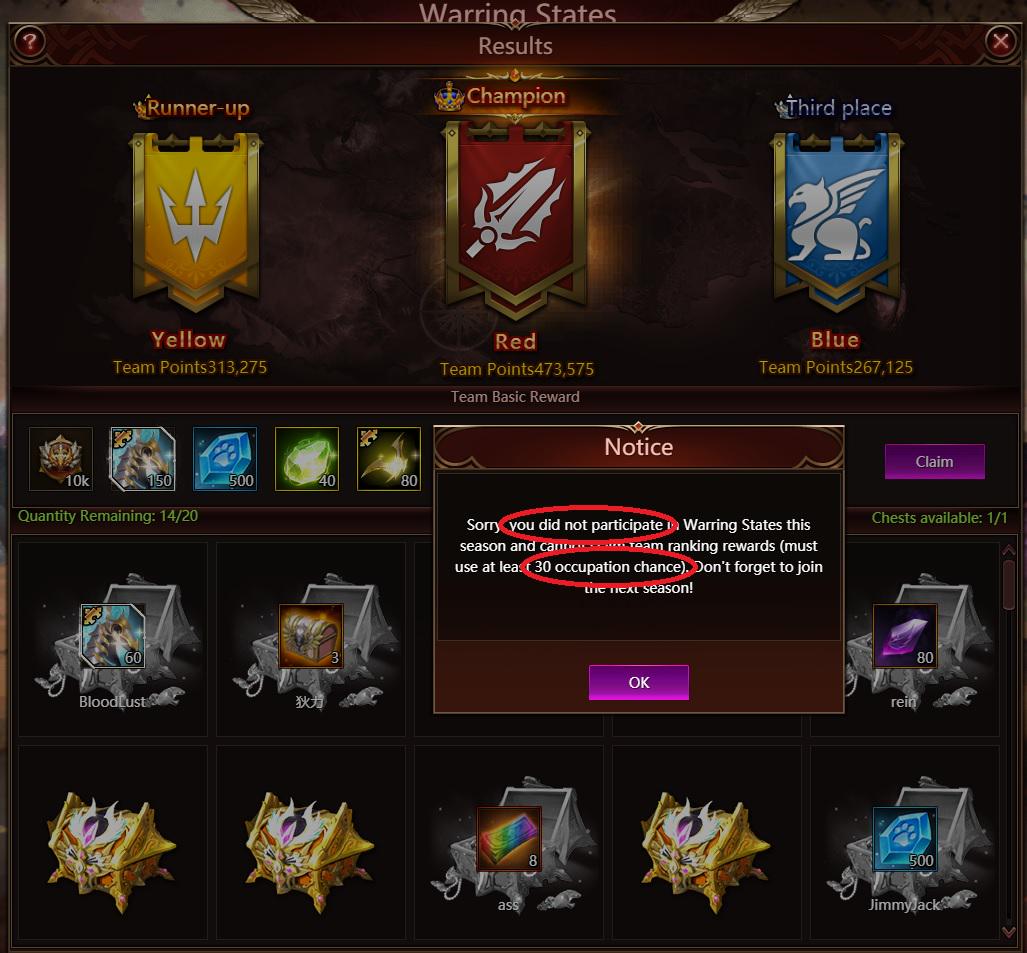 And if you see the image above it says i DID NOT PARTICIPATE... why? BECAUSE you NEED to at least use 30 occupation chances, but of course I WASN'T ABLE to do that because i wasn't able to claim the dang chest, so not only loose the rewards of the chest in the event, but also not able to claim the final reward. Rank don't even care, but my rewards? my horse fragments, soul stone, and stuff? What devs are going to do to compensate me and others with the same problem? doubt they will do anything, all they care is people spend and that's pretty much it.

8thsense
S220-Seryulin-HKT, Shadøw
LV.232
This user has no description yet
FOLLOW +