【Rewards Sent】Brain burning Game - Who is the thief?

The thief is 【Anna】

She use museum's public phone booth to call her mother instead of her latest pink phone. Bacause she steal the coin and drop the coin in the phone booth to avoid suspicion.

🏆The first player to deduce all the clues was sushii. 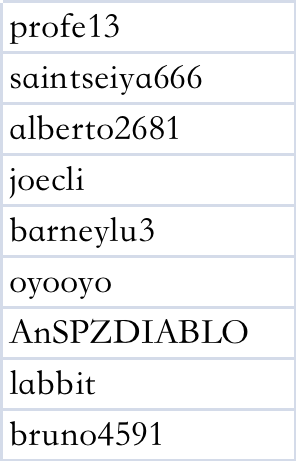 This is a very famous museum, and today's exhibit is a valuable ancient coin. Unlike other ancient coins, this one is as delicate and small as a coin. People visiting the museum were praising this ancient coin, which is really beautiful.

When it was time to close the museum, the curator suddenly noticed that the ancient coin was missing, obviously it was still here just now, someone must have taken advantage of the confusion before closing to steal it. He immediately ordered the museum to close. At this time, there were only three visitors left in the museum, and there was no doubt that one of the three of them had stolen the ancient coin.

Jack, male, wearing a loose sweatshirt, holding a bag in his hand, sneaky looking, with what seems to be headphones in his ears.

John, male, fierce-looking, chewing gum in his mouth, wearing a ring on his hand, and holding an antique identification certificate.

The curator said angrily, "It must be one of you who stole the ancient coins, don't pretend, the police are already here."

John yelled fiercely, "It's not me, I'm not interested in that crap!" He said and clutched the book tightly to his chest again.

Jack wrapped his arms around his bag without making a sound, and his body trembled a little.

Anna cried in terror and said accusingly, "I didn't steal it, would you allow me to call my mother, please?" Then she walked to the museum's public phone booth and picked up the receiver.

The policeman came and he looked at a trembling Jack, a vicious John and Anna who was crying and on the phone, and he pointed to a man and said, "Stop pretending, you're the one who stole the ancient coin!"

So,who is the thief?