Criminals have a characteristic when they commit a crime, is to find ways to speed up and shorten the time to commit the crime. In this case, the perpetrator could have just broken the glass and taken the stamps without prying open the low cabinet. But now he is going to the trouble of prying open the cabinet, then there is only one explanation, that is, he is afraid of damaging the other stamps in the cabinet, and those who have this idea can only be the owners of the stamps.

🏆The first player to deduce all the clues was thanksfeanor. 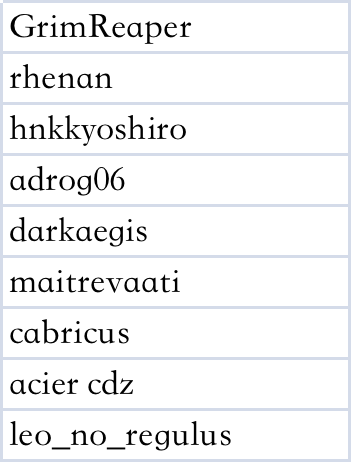 One day, Carter called Fulmerwood to tell him that his "black penny" stamps had been stolen.

Fulmerwood immediately rushed to Carter's home. Carter told Fulmerwood that he kept the "black penny" stamps and other valuable stamps in a low glass case in his collection room.

This morning a guest named Sanger came to the house and Carter took him to visit the stamps. Unexpectedly, Sanger suddenly knocked Carter from behind, and pried open the cabinet, stole the "black penny" stamps, and so Carter woke up, Sanger has long escaped!

Fulmerwood looked closely at the low cabinet, saw a lot of precious stamps inside, only one place is empty, it is estimated that the original place to put the "black penny" stamps. And in this cabinet there are several pry marks, it seems that the thief spent a lot of effort.

Formowood straightened up and asked, "Do you pass insurance for 'black penny'?"

"Of course, it's the first stamp in the world and it's worth a fortune, so I insured it for millions."

Who stole the stamp？