All right, don't know if this is actually something new or I had simply not noticed until now, but what is wrong with this image?: 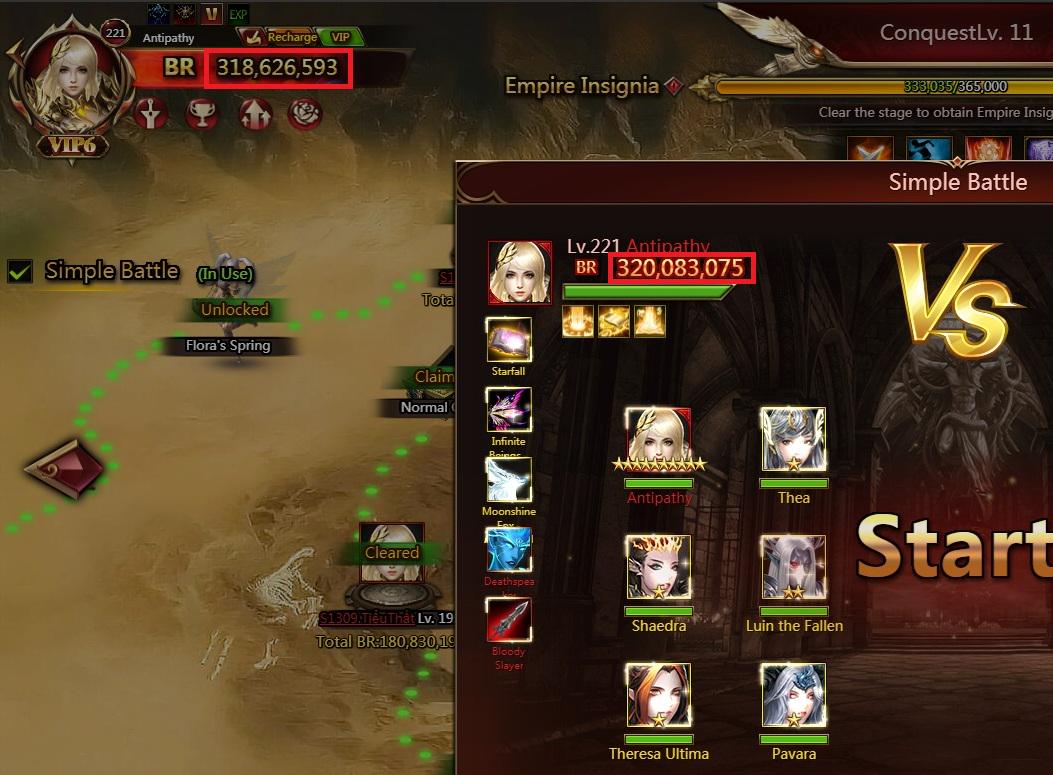 The BRs should be the same, right? In Conquest? I've been seeing my score change randomly, as well, such as plugging in a bit to promotion, not enough to level it, but a huge increase in BR may occur, regardless. Unsure of whether it is changing or just updating what it shows for itself. I'm figuring it might have to do with the new Soul Armor and how it's calculated, but that's merely a guess. Still, unnerving, and I don't like.

There's another error happening, not significant enough for its own post, I don't think, so I'll mention it here. Have a friend request from a new member stuck in Limbo. I accept it, seems to work, but it's right back the next time I load the game. Minor, but irritating.

Edit: For a little further clarification on my BR changing (when it truly shouldn't have been, that is), I augmented a relic, only a small amount, and my rating jumped two million, and then when I put in a few promotion points (can't think of what the darned things are called right now), it increased by five million. There were other instances, but those are the specific ones I paid attention to.

Edit Deuce: Had a different BR when I opened the game a moment ago, having made no changes to anything:

Edit Tres (AKA, Edit, Because I Can): Sweet. At least the subject of the post is still relevant. *pats self on back*

"It is my observation that too many of us are spending money we haven't earned to buy things we don't need to impress people we don't like."