King of the Babylon empire has appeared!

Backed by an ancient stone engraved in code, the Thunder Bowman Immortal Hammurabi, king of the Babylon empire, has appeared.

Hammurabi’s skill [The Final Judgement] allows him to summon the Code of Hammurabi, causing magical damage. Every negative effect the enemy units have will cause the damage rate to increase by a proportion.

Hammurabi’s powerful attack helps make up for the lack of magical damage that current thunder Immortals have, making him an impressive Immortal for the devastating damage he deals. 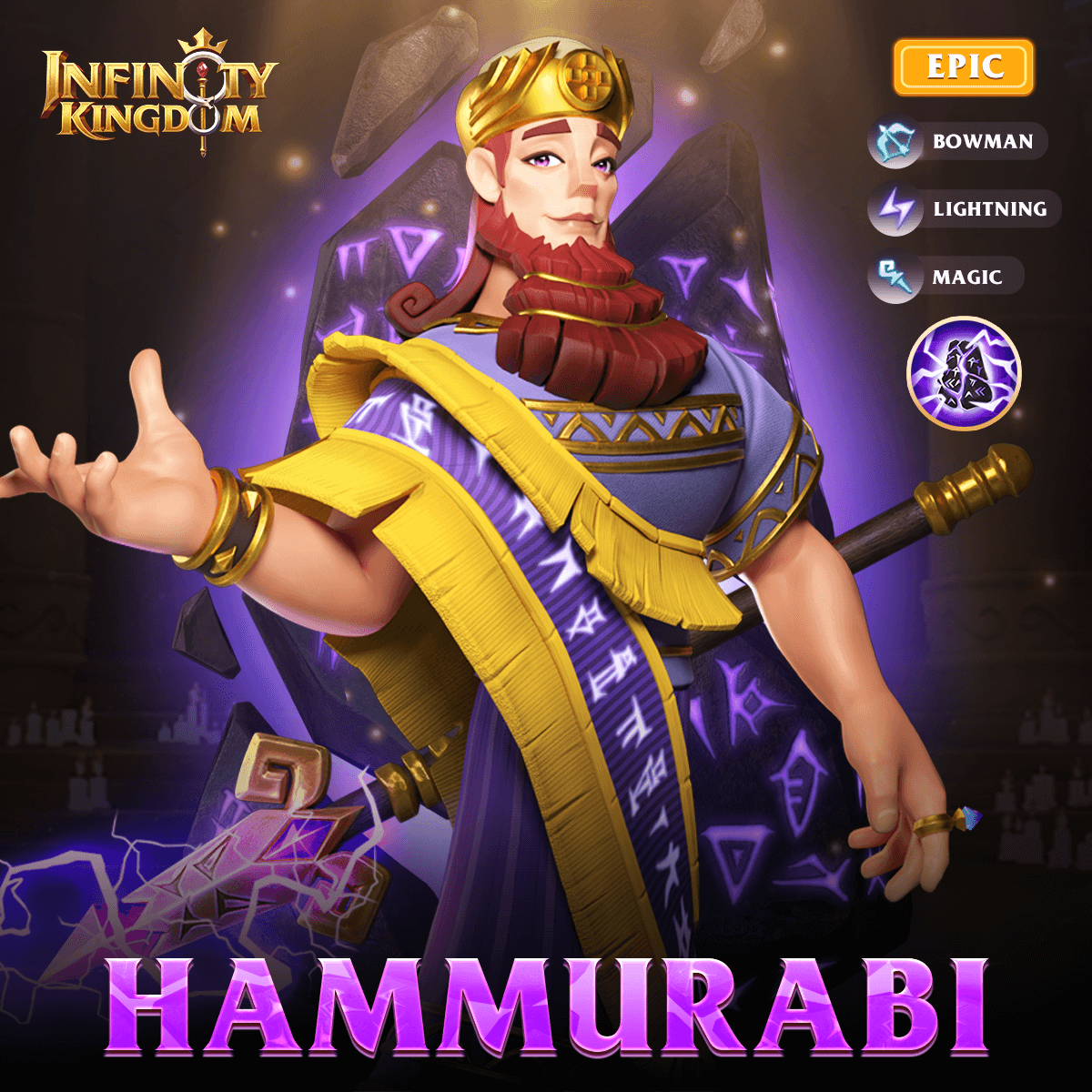