After a server merges - this event happens on the 3rd day.

Each player that is over level 120 and belongs to one of the top 10 alliances may enter this event.

The very first time players enter this event, all begin from the same starting area:

After the first win of an alliance, the defending side enters nearest to the dragon statue: 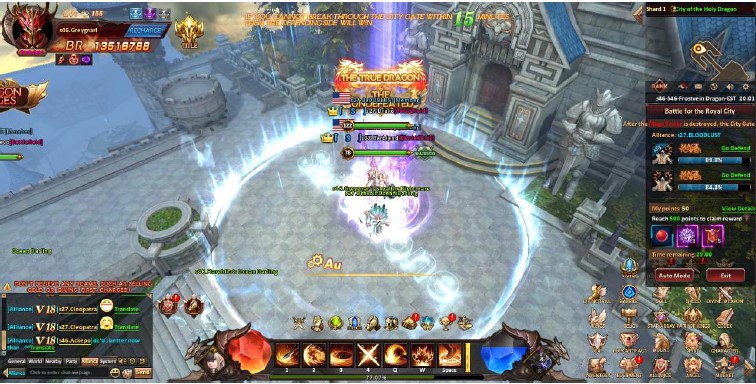 The attacking side (the losing alliances) will enter the same area as the first time they entered the event (see 1st screenshot).

The alliance that holds the Royal City will fight together to defend and keep it from the rest; or the alliances on the server will all fight against the winners to attempt to take the Royal City away from them.

Failing to destroy the 2 Towers within the first 15 minutes means an automatic win to the defending alliance.

When attacking alliances destroy the Mage Towers within 15 minutes, they must then capture the City's Dragon Pillar.

This Dragon Pillar must be kept for 5 minutes straight by the alliance that captured it. Each time an opposing alliance (the one who is not holding the Dragon Pillar) captures the Pillar, the 5 minute timer begins anew.

By holding the Dragon Pillar for 5 minutes, or at the end of the event, the winning alliance receives the rewards for the Royal City which they can collect each day for the next week. They will then becoming the defending alliance at the next Royal City Battle.

Then, under the tab BATTLE FOR THE ROYAL CITY 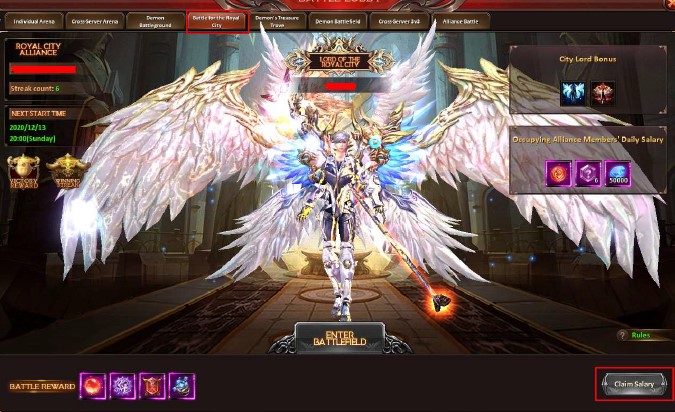 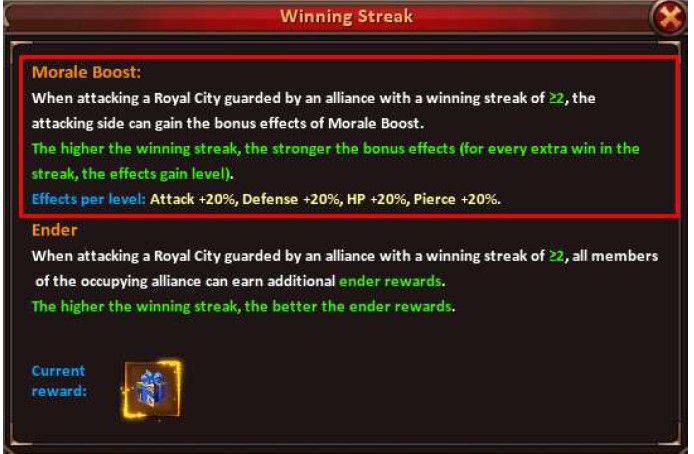 When one alliance builds up a winning streak, the leader receives rewards to distribute to ten (10) alliance members. These rewards are usually legendary armour chests, though every third win has divine weapon skins included as well.

The chosen alliance members receive the rewards through their in-game mail. 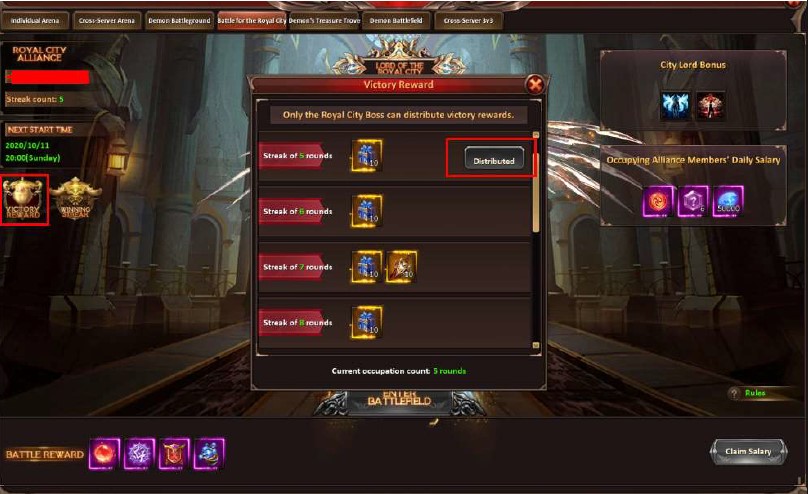 After 31+ streaks, the Alliance leader can always distribute 10 legendary and 10 divine weapon chests.

A player can see their alliances' winning streak rewards under Victory Reward in the Battle for the Royal City tab. 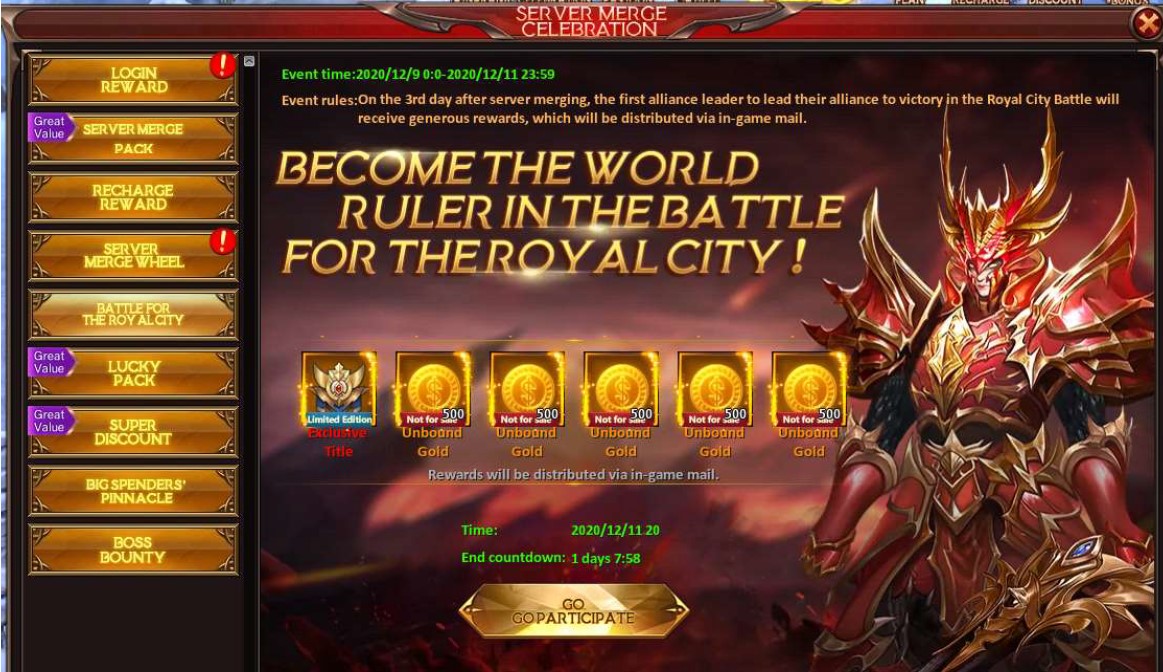