Whyyyy hello there my friends. And by friends... I mean peasants and trolls. It is your fellow peasant and troll, Jabber. Today I want to share with you a little story all about how my life got switched and turned upside down. Now give me a minute and wait right there for me to Ultimate Conquest story share. 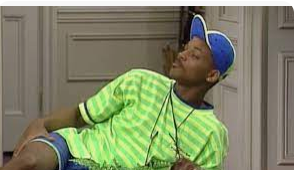 The match starts out with N30 coming to the battle with 100 players! That is right... the entire N30 alliance is here and ready to fight! DEP brings 95 of their fiercest warriors to the battle. Let's see who gets the first occupation points!

Good start for N30 who are able to take one of the two strongholds and the Temple of the Mother and the Tower of the Warrior. This of course left DEP with the other stronghold. Let's get to rallies!

DEP rally the Temple of the Mother but N30 are able to speed reinforcements fast enough to keep control of the location. 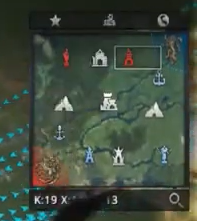 The Tower of the Warrior falls to a series of DEP rallies. The ports open up and DEP are able to secure both of these locations. DEP now enjoys a 4-2 building majority over the N30 forces who are also behind significantly in the points per minute department. 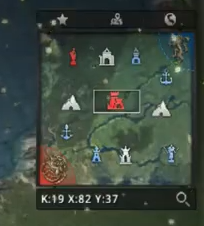 DEP are able to take another stronghold and left N30 with just the Temple of the Mother. Casterly Rock opens up and N30 are first on the scene. DEP controls 5 buildings to 2 buildings for N30. Points per minute lead is going to DEP right now. N30 is looking like they are on the ropes as DEP keep putting on the pressure.

DEP Imperial Rock takes Casterly Rock from N30 after a series of tightly timed rallies from the DEP alliance. This pushes N30 further back into a corner as they now only occupy the Temple of the Mother. That healing bonus is sure helpful right about now.

Halfway through the match and DEP have a significant lead. N30 has not laid down to die just yet and have taken one of the ports and Casterly Rock. The points per minute advantage that N30 currently enjoys is not enough to catch up in points anytime this century.

DEP are able to retake Casterly Rock from N30. The mines open up and N30 take one and DEP take the other. The match looks like it is decided at this point and DEP should be able to win the match if they are able to control only one of the mines for the remaining 15 minutes of the match. N30 would need a lot of luck in order for a win this match.

DEP doesn't give up their mine but in fact takes the N30 mine and now triple the points per minute N30 is getting. DEP has both mines, Casterly Rock and both Ports. It is Good Game, Ladies and Gentlemen.

The final score was pretty close but DEP was in control of the match for it's entirety.