Adventures of the Small Fighter: Introduction to the Series

Adventures of the Small Fighter: Introduction to the Series

Hello my fellow readers, and welcome to a new series of mine! In this series, which I call as Adventures of the Small Fighter, I will be telling you about some tips and tricks on managing a small account (Small Account: completely or almost free to play) and building it properly, so this can be considered as a series of guides as well. Since I already gave you the general idea, let’s take a look at what I will be talking about during the different parts of the series;

First of all, what are we aiming for exactly:

To summarize the goal here; anyone above some level can participate in almost anything in this game, and that “level” is not something you cannot achieve in time!

Another question might be coming as follows: who will this series be useful for?

I will be covering all the key points throughout the series and at the end of it I am hoping to be useful to all of you in some way. When we are done with this you will hopefully be having better stats, increased knowledge on PvP, better overall results on PvE events, obtaining some of the important items/commanders, and having a much more solid account at the end.

Ok I guess I've given you enough headaches talking like your professor! Let’s move on to the story of our main character, and get to know who he is. So, this is our hero, GoDalt; 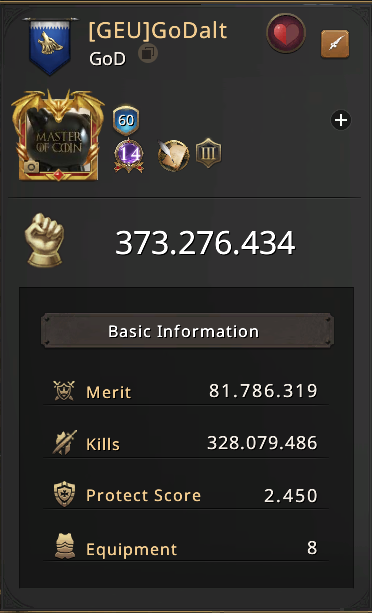 He started his life on GoTWiC  in mid-2019 as a gold alt, as you can also see from his cute piggy bank profile picture, but after some time he felt like he needed blood and decided to stop working as a farm account and quit his job! He started working on the missing parts of his account, mostly about the things I mentioned earlier, and finally managed to have some strength to cause problems. Nowadays he is jumping around to invade other kingdoms and hunting merit, a drastic change for a farm I’d say. 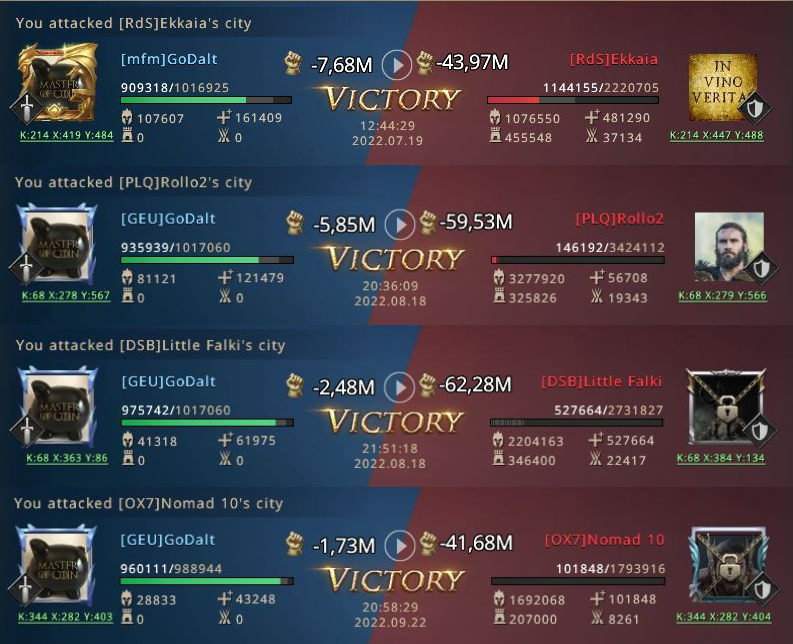 To give you a general idea about what I did during this change from a farm to a fighter; as the first step, I mainly tried to have a good Mountain Clan Set to be able to kill lvl.4 Rebel Leaders easily, which helped me working on my way for a better war equipment and also allowed me to join Rebel Leader Trains where I got lots of speedups and blue diamonds. From my experience, having a blue Mountain Clan Set or above (4 blue + 2 purple pieces as an example) is a good start - the goal here is to be able to kill lvl4. rebels in 2 shots. 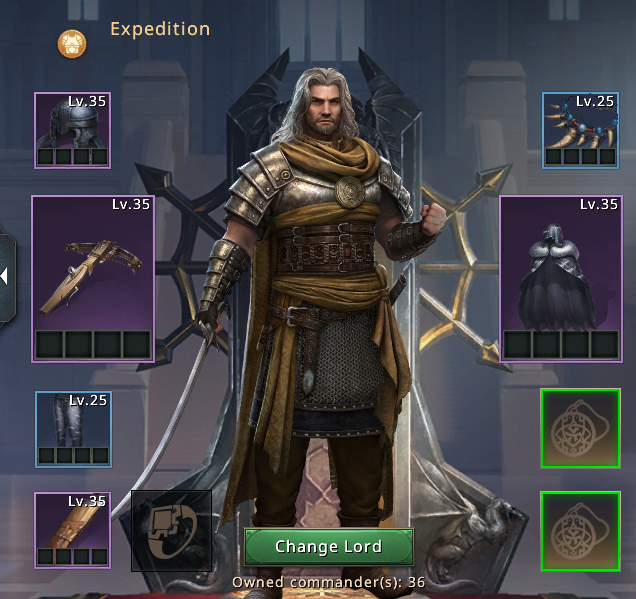 There are also some commanders you will be using quite a lot for Rebel Leaders, probably Enzo above as being the one you will hear about the most. Theon is also an important commander here but don’t worry, you don’t need to have them in gold quality and these commanders can be obtained for free! I will go deeper on commanders and formations on the following parts of the series.

Another thing I worked for the most was my stats obviously. Expedition Beyond is very important here, it is a big advantage to have a maxed refinement for such an account and having correct stat choices there. I also worked on my attack and KvK badges, made sure I had all necessary free-to-play commanders on gold quality and awakened them to 3 or 4 stars (depending on the need), and also paid close attention to Fiery Crystal Mines for commander weapons. Killing high level Rebel Leaders helped me working on my war equipment as well. I will go deeper on PvP aspects of the game as well and explain which research to go for, what to upgrade, how to be a perfect zero castle, etc.

Some of the things/items essential for your account will require some time to have, some will require your skills to obtain. But at some point you will be good to go for the action. This article was an introduction about what I will be aiming for and I believe it gave you the general idea. I will be explaining everything in much more detail in my following posts. I hope you are interested in what will be coming up next! Until then, take good care!